Hey Hart Beat. I got to do something amazing today and I want to share it with you! As I’ve written before, the Before Sunrise/ Before Sunset movies are my absolute favorite movies of all times. A couple months ago I found out that the third installment, Before Midnight,  is being released this May and that Ethan Hawke, Julie Delpy and Richard Linklater would be giving a Director’s Talk at the Tribeca Film Festival in New York.

I only heard about the talk only about a week ago and wasn’t sure if I would be able to get tickets since everything in the film festival is sold out so close to the shows. I did some research though and found out that you can get to events early and wait in line for rush tickets. So guess what I did today, Hart Beat? I got to see them talk!!!! 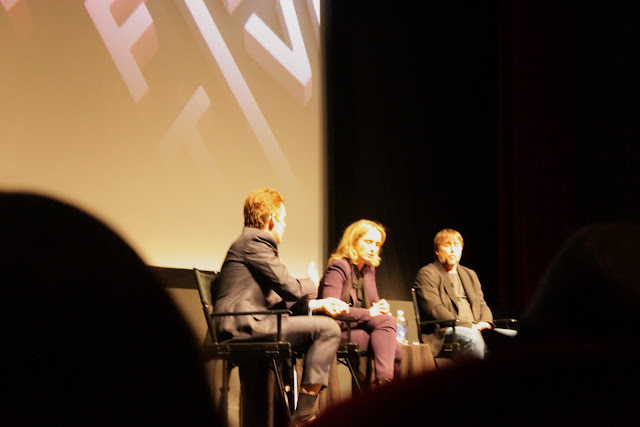 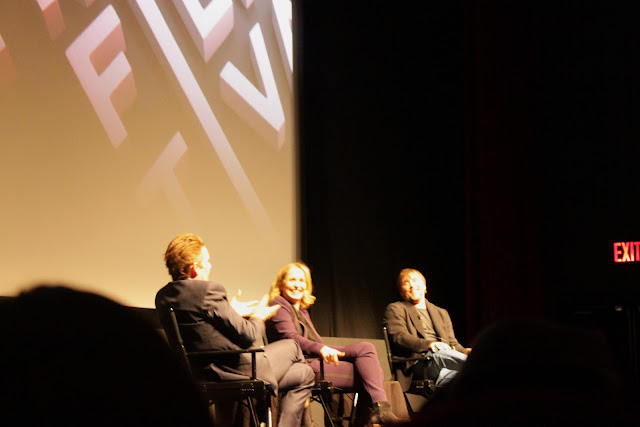 I just about died when the three of them walked on stage. It was such a surreal moment, seeing them in person, after knowing their faces so well from the movies. The best part was seeing that the dynamics between Julie and Ethan are so true to the movie that even though they stress that the characters are not based in real life, the two actors can’t run that far from Celine and Jessie. It was amazing, Hart Beat and I wish I had better pictures to share with you.

Even though I brought the book that my brother got me from France, I couldn’t get close enough for them to sign my copy. The amazing news was that I was interviewed by a film crew while I was waiting and one of the camera operators offered to bring my book with him on the red carpet tonight. Word is he couldn’t get them to sign it but, it’s still an amazing story. (And if I find the video, I’ll share it with you here.) 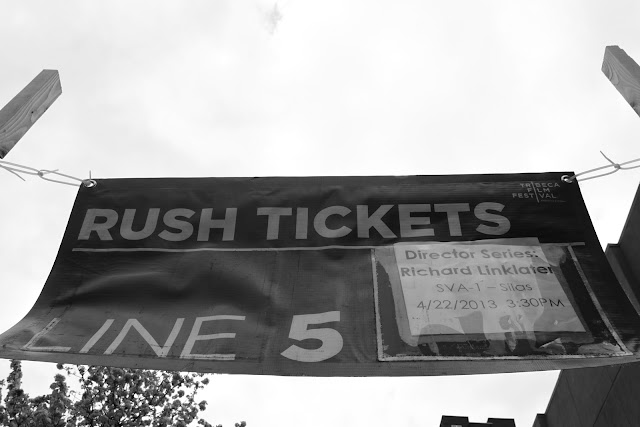 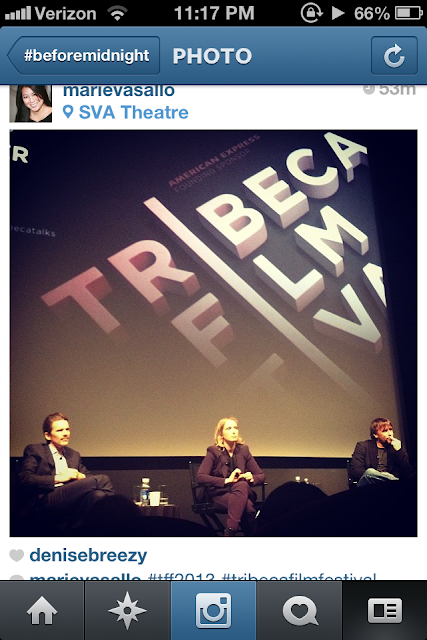 A better picture of the three of them via instagram.

I like you better than everything in the sky