Total
0
Shares
0
0
0
I know, I know Hart Beat. I’m really late with this post but, c’est la vie. I’ve been finally watching “Downton Abbey” and when I say finally, I mean the third season just premiered on PBS and I’m just finishing the first season. 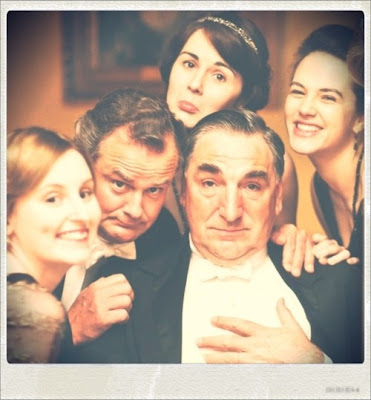 Isn’t this backstage picture amazing?
(Source)
Since I am such a fan of the BBC version of “Pride and Prejudice” (how has this not come up on Hart Beat?) I’ve always been told that I would love “Downton Abbey.” Well, I do love it, and if you haven’t seen in Hart Beat you really should.
The series takes place in the early 1900s English country side and follows a Lord, his family and the servants that take care of the family. SO GOOD Hart Beat, I’m not going to be able to stop watching it until I’m all caught up.