Wellll, that debate was pretty stressful. Let me try and ease your mind tonight by telling you a little New York story about my roommate G. and I coming home on the subway. 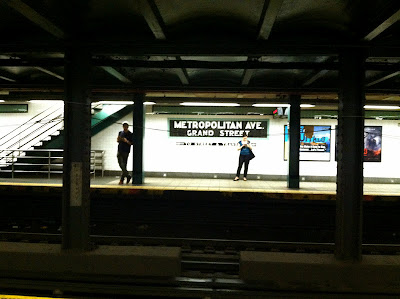 G. and I were coming home tonight trying to get back in time to watch the end of the debate when we found ourselves waiting on the subway platform listening to this amazing band of three guys playing on the other side of the subway stop.

I was so impressed that I yelled out to them asking their name but sadly they didn’t hear me (or they were too busy playing their intense hipster music to notice). Either way I was determined to find out who they were so I walked above the station and went to the other side of the stop. I got their name and a CD and I want to share them here with you on Hart Beat.

“Blind In Both Eyes”
This is a youtube video of the band playing a song in the subway. The CD “A Promising Flee” is amazing and reminds me a lot of another Brooklyn original band Grizzly Bear. I really hope I hear these guys on the subway again soon. P.S. look up the song “Greatest Fears” from their first album on Spotify. I couldn’t find a video on youtube. 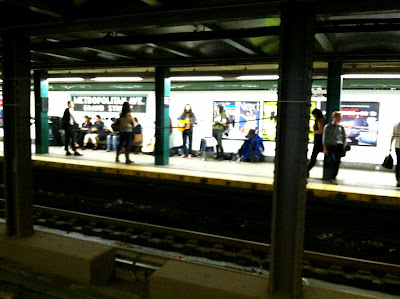 I have also definitely learned my lesson to start carrying my camera around with me all the time. The iPhone camera doesn’t do these guys justice. And now I’m realizing I should have taken a video. Next time Hart Beat.