In the past couple of days I have written a couple posts about acoustic versions of songs I really love. One was by the band Fun. and the other was a cover of a song by The Barr Brothers. Today I have another one for you.

A really great website for finding acoustic covers of great songs is called Big Ugly Yellow Couch. The song that I discovered a couple of days ago is sung by a new band called Santah. Their song is called “Teeth” and apparently it will be on their cd that will be released this spring.

Amazing, right? I thought you would really like this. It reminds me a little of Wilco combined with the guitar of Beirut.
Here’s a great quote about the song from Caryle Wiesl of Big Ugly Couch:
“Teeth” is everything you want in a love song — it’s gorgeous, it’s crushing, and it makes you feel everything at once. When the song swells, it echoes the yearning and the sorrow of a tumultuous relationship. This isn’t about some pie-in-the-sky kind of love — this one’s real, and it cuts deep. 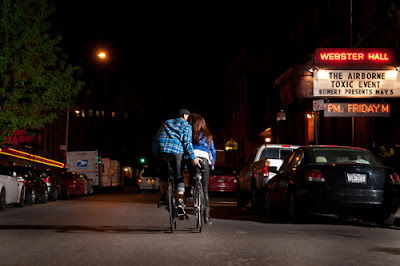